Here is an informative article about NuKua, FuHsi and the creation of cosmic and terrestrial order:

thank you, Angela!
Posted by Deena at 5:22 AM No comments:

Email ThisBlogThis!Share to TwitterShare to FacebookShare to Pinterest
Labels: Order

read the entries from the

It is Free Online at Scrib'd.

The elemental rulers are the Five August Emperors, and

there is a separate god to function in each element as well.
Posted by Deena at 4:58 AM No comments:

Email ThisBlogThis!Share to TwitterShare to FacebookShare to Pinterest
Labels: Mythology

The current position (2012) for Altair in astrology is 1degree 49 minutes of Aquarius. It is considered to be a passive masculine nakshatra.
Altair is the Star of Learning.  The goddess Sarasvati (music, speech, literacy, wisdom, logic, counselors, technicians, education, etc.) is associated with Altair.  Vishnu is the god Altair is assigned to; along with beta and gamma Aquilae, they are considered to be the footprints of Lord Vishnu in the sky (limping) during his avatar incarnation as Vamana.  It is also known as Açvattha, “The Fig Tree, or the Pipal; this is the type of tree that the Buddha sat under while meditating when he received enlightenment.  The planetary ruler is Soma the Moon.  The symbol for this asterism is the arrow or the trident.   The animal is the monkey.
Posted by Deena at 3:19 PM No comments:

Learn the story of the Herdsman (the star Altair) and the Weaver Maid (the star Vega)  along with  traditional customs for the timeof the Seventh Moon of the Seventh Month which is thought of as Chinese Valentine's Day.

Another version of the story includes more details. This version includes beautiful traditional illustrations.  Here you can read the origin, schedule, and poem about the festival.

This Wikipedia article includes a few variations of the story.
Posted by Deena at 12:44 PM No comments:

He says here is a debate if Earth has experienced a severe tilt in its past - perhaps up to 90° which goes far beyond a better known tilt called "Earth's precession". Sometimes referred to as 'precession of the equinoxes', rotation of the Earth's axis which shifts between a tilt of 22.1° and 24.5° and back again, taking approximately 41,000 years to complete a full rotation.

Currently, the Earth's tilt is at 23.44° which is roughly halfway between its extreme values.

Scientists have found evidence that the Earth might have actually rolled several degrees in the past, completely shifting continents i.e. Canada in the southern hemisphere.

2) The second major consequence of a weakened magnetic field is its identification as the 'precursor' to a magnetic pole shift. It is estimated that Earth's magnetic field reverses every few thousand years at low latitudes and every 10,000 years at high latitudes. It is believed we are far enough along the cycle that many living today will witness the bouncing back and forth of magnetic north and it swings reaching latitudes below 30°. Magnetic north can also move east and west longitudes.

Email ThisBlogThis!Share to TwitterShare to FacebookShare to Pinterest
Labels: Polarities

This difficulty is illustrated by the process of trying to bring together opposing poles of magnets.

No matter how hard you try to push together the poles of the magnet, they continue to fly apart.

What is the solution?

This is a good meditation on the metaphor of this situation in our lives, our beings, and our world, 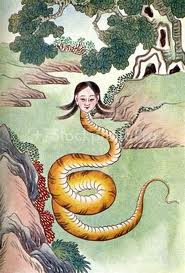